How Russia and Ukraine Crisis Is Affecting Indian Market 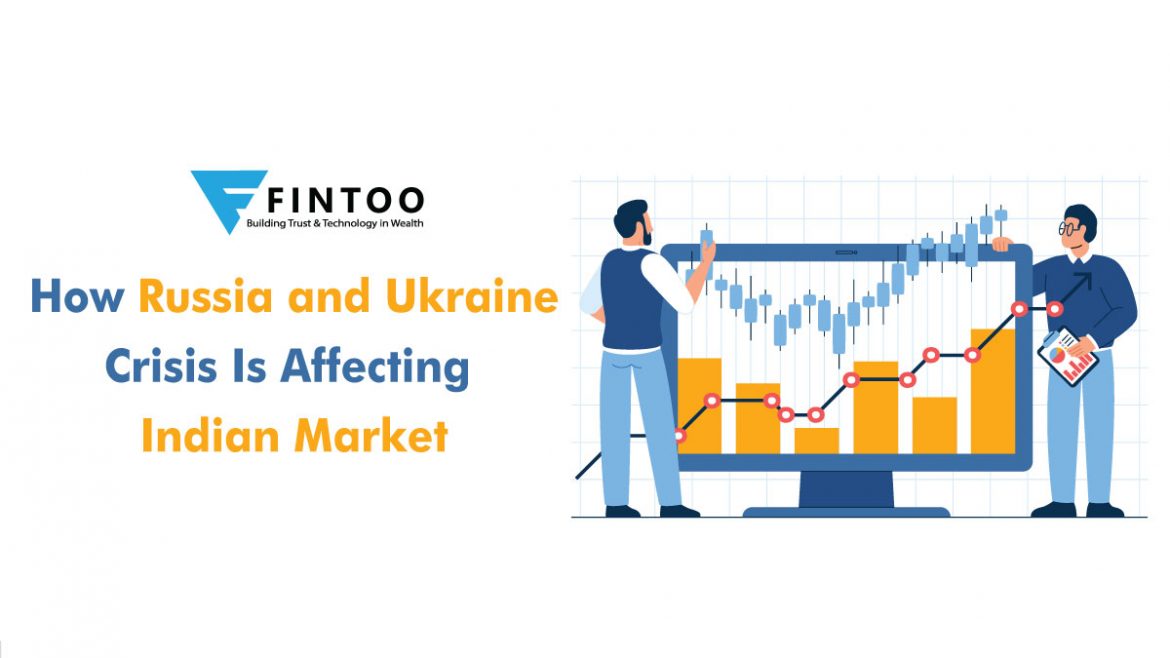 The key concern at the top of the investor’s mind is the Russia Ukraine crisis. The Russian invasion of Ukraine is now entering its seventh day. The attack has roiled global markets investors are looking to safe-haven investments like U.S. government bonds, pushing yields down. Gold and the dollar advanced. Crude soared even as steps to tap reserves and increase the supply has failed to ease worries about shortfalls. A Bloomberg index of commodities which comprise energy, grains, industrial metals, and precious metals has jumped the most since 2009 to a record high.

Indian markets are seeing selling pressure on every rise on these worries and Relentless FIIs selling by FIIs. The DIIs on the other hand are offsetting by equivalent buying.

But what is worrying the equity markets the most? The sharp rise in crude oil prices from about USD 73 in the mid of last year to 110 currently as the Geopolitical tensions in Eastern Europe have caused prices to rise to the highest level since 2014.

We are expecting brent Oil prices to hit USD 120-125 a barrel in the short term.

If you see the below-given chart, Brent has been trading within a rising channel since the end of December 2020. The prices have broken out from 15-years of consolidation and if the war scenario continues – the Brent could be heading towards USD 150-180 a barrel.  This is the biggest headwind for emerging markets like India, as it will cause a rise in inflation.

How Will It Impact Infra Funding:

The softening of crude oil prices during 2015-21  (i.e., when prices stayed consistently below USD90/bbl) had allowed the central government to raise road and infrastructure cess to a peak of Rs 18 a liter by Sep-21 from Rs 2 a liter in FY15

Rising crude oil prices are a negative for infrastructure funding, especially roads and central water-related CAPEX; this is due to potentially weaker fuel cess collections (road and infra cess). The collection of which had gone a long way, in funding central government infrastructure projects.

Road Capex outlook has weakened for 2023. FY24 being an election year, we do not expect a material pickup in CAPEX. The concerns on funding and a weak Capex outlook impact the growth outlook of infrastructure stocks namely PNC Infratech, Dilip Buildcon, and KNR Construction all of which are leading players in the road EPC space.

L&T has some modest exposure to expressways, but the share of expressways in its infrastructure order book is not significant.

On the stock market valuation front, India’s Mcap/GDP has risen to an all-time high of 115% from 56 percent in Mar’20 but corporate profit to GDP remains low even after rebounding to 2.6 percent from the all-time low of 1.1 percent in FY20 but is still much lower than 7.5 percent peak in FY08.

10 Ways On How To Save Money