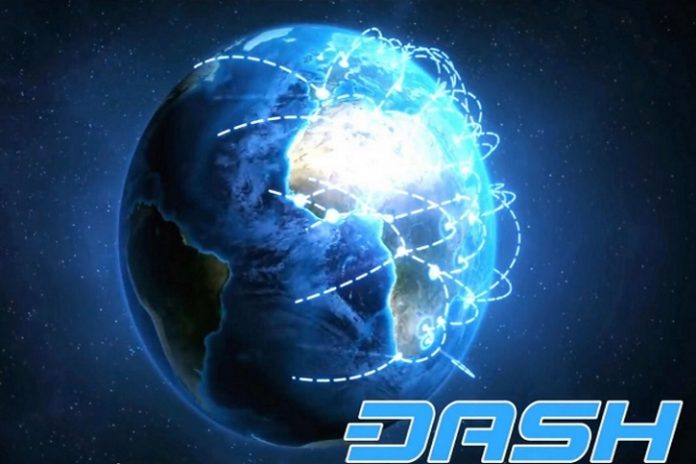 Dash was launched in 2014 and quickly made a name for itself as the first coin to implement masternodes. Since then many coins have followed suit, but Dash has maintained its position as the most successful masternode coin and makes strong claims to being the world’s first fully decentralized autonomous organization (DAO).

The masternode approach to blockchain governance relies on incentivization, and is fast becoming the go-to method of securing and decentralizing the blockchain.

As we continue to ramp up our masternode coverage on Investitin, who better to speak to than the team behind the original masternode coin?

We spoke to Dash International Outreach Coordinator, and Director of PR, Mark Mason, to get his take on the masternode scene, where it stands now, and where it’s headed in the future.

Hundreds of masternode coins have launched since Dash first implemented masternodes in its protocol – are we in the midst of a masternode boom?

Yes, I can foresee the masternode trend that was pioneered by Dash continuing as Dash’s self-funding, self-governing protocol that uses decentralized governance by blockchain has solved the consensus issues and dependency on external third-party funding that plagued and stalled development in other cryptocurrencies. This is why technology enthusiasts should be pro-free market as competition inspires innovation.

Besides the potential profits from a masternode itself, do you foresee masternode coins becoming an investment target for long-term holders?

Yes, we have seen this very recently with both retail investors and institutional money. For example, Fidelity hold a 15% share in Neptune Dash, a Dash-only equity company that owns masternodes. Masternodes are rewarded for providing a critical service to the network that makes decisions, such as locking transactions with InstantSend, coordinate mixing of coins, and voting on budget funding. Long-term holders with serious ‘skin in the game’ that believe in the project long term do not only want the financial incentives but to grow and make the network more secure with the ability to vote on the project’s future. With masternode voting power, comes great responsibility.

With new masternode coins being announced on Bitcointalk every other day promising huge ROI, is it safe to assume that scammers have found a new avenue for their schemes?

The blockchain space is still very young. Even though Dash pioneered the masternode concept for blockchain technology, you should always do your own research. As I stated previously I do believe in the free market, competition inspires innovation. Dash would not be where we are today without Bitcoin paving the way forward first. It’s all about the journey. Anyone is free to copy open source code, but for me personally, unless they’re bringing something new to the table, it’s probably best to stick to the innovators, not the imitators. This is why Dash remains the top masternode coin as we’re still developing and building on a solution that others wish to replicate. Imitation is the sincerest form of flattery. Those imitating Dash are not a threat, it’s a compliment and confirmation that Dash is succeeding where others are failing.

Using masternode rewards to incentivize the proper governance of the network has been a huge success for Dash. Do you see other high-profile coins following suit?

Absolutely, it’s important for blockchain technology to be as decentralized as possible while having the freedom to adapt, improve and learn from mistakes to make cryptocurrency truly viable for mass adoption. Trustless governance solves corruption and a decentralized structure minimizes risk of external threats. The Dash DAO’s self-funding mechanism gives strength and autonomy by functioning without any outside help, the organization remains immune to major conflicts of interest, or de facto control by powerful entities.

Is running a masternode only for the tech guys, or could the average crypto enthusiast get involved too?

There are plenty of documentation, tools, and even third-party hosting providers available to those who wish to pursue ownership of a masternode for all levels of technical ability. This is a valid reason why it’s important to follow a project that has a strong and active community as they have a large support and developer network to assist you. A decentralized blockchain project is only as strong as its community. This is why it can be very problematic if you decide to follow an imitator that has only copied the code changing every instance of the word Dash to the name of their project. In the event they run into any trouble they do not have the developer expertize to resolve problems internally. Dash is constantly developing new features and functionality to masternodes so it’s essential people be prudent, take care and give serious thought about other masternode projects.