Mining In A Box – Environmentally Friendly And Reduced Energy Needs 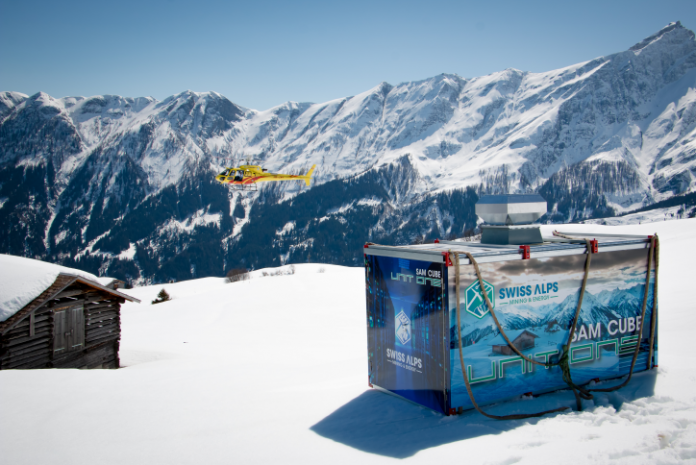 Mining in a Box – Environmentally Friendly and Reduced Energy Needs

Swiss Alps Mining & Energy offers environmentally friendly mining facilities in disused buildings in the Swiss Alps, powered by renewable energy only. It is a game-changer in both its application and it’s addressing the pressing issue of high energy consumption involved in Bitcoin mining.

It’s an acknowledged fact that the global IT infrastructure is one of the largest energy users worldwide. Its yearly energy consumption is estimated to be 416 TWh3, of which 29 TWh are consumed by the mining of Bitcoin4 and 10 TWh are used by Ethereum5. This equals 0.18% of the worldwide power consumption.

Over the last few months alone, the Bitcoin Energy Consumption Index has increased by 30%. If Bitcoin energy consumption continues to grow at such rates – and no suitable optimization measures are taken – by 2020, Bitcoin mining would exceed global electricity consumption by 21 TWh.

Even under slower growth rates, the impact on the global electricity market is severe. China, for instance, has recently ordered the closing of its Bitcoin mining operations because they impair the supply of local electricity. Regardless of the situation in China, mining costs are rising globally. In 2017 average costs are estimated to have quadrupled.

The mining market is a global business, whereby more than 80% of the mining is carried out by Chinese-owned businesses. The second largest provider is the Czech Republic with a market share of about 10%. The industry is in an ‘arms race’ and the current cryptocurrency prices create incentives to add production capacity. There evidently is a need for alternative energy models for the mining of cryptocurrencies.

The price and availability of electricity are important factors for mining processes. This has led to the outsourcing of mining facilities to countries with low environmental standards, where relatively cheap, mainly fossil energy sources, are used to produce the necessary levels of electricity. The consequence is cheap and dirty energy that significantly contributes to climate change. The energy used worldwide for Bitcoin mining alone equals the electricity consumption of Ireland

In addition, mining in authoritarian countries threatens the philosophy of the distributed ledger system and increases the risk of market manipulation. To address these issues, a next-generation strategy is needed. Such a strategy must meet the following criteria:

The flexible and modular mining cubes provide cutting-edge automation and require little maintenance. The individual cubes communicate with the central management platform, which in turn monitors the cubes and assigns to each cube the optimal parameter in order to maximize mining for maximum profit. SAE will rent out entire cubes or individual mining capacities from the SAM Cubes – while at the same time guaranteeing highly energy efficient and cost competitive mining. SAE will also give competitors and/or individual persons the possibility to rent mining facilities, and the power needed can be paid in SAM tokens (the token developed by SEA). Customers may also purchase cubes for their own use. Companies or individuals who purchase a cube can obtain the necessary power from SAE and operate the cube on SAE’s premises, or deploy the cube elsewhere.

The Swiss Alps Energy AG uses renewable energy only. Long-term wholesale purchasing agreements and the management of the company’s own small hydropower plants allow for a highly profitable operation of the mining facilities. This is especially significant since energy costs account for a major part of the total cost of crypto mining, and traditional mining facilities predominantly use dirty fossil energy sources.

“We are convinced that the next generation of electricity grids will be smart and flexible. Through the decentralized grid, they will be fed by private renewable energy providers as well,” says Gian-Carlo Collenberg, CEO and founder.

“Such a decentralized network is based on smart metering hardware, smart agents, smart applications that negotiate the optimal tariffs through artificial intelligence, and smart contracts that mirror these contracts in a transparent and secure manner. We are quickly moving towards Industry 4.0, and dealing with automation, artificial intelligence and smart contracts will become commonplace. As an electricity supplier, Swiss Alps Energy AG will expand its services in the near future and penetrate into other business segments using the distributed ledger technology.”

FIRE: How To Retire In Your Thirties On...